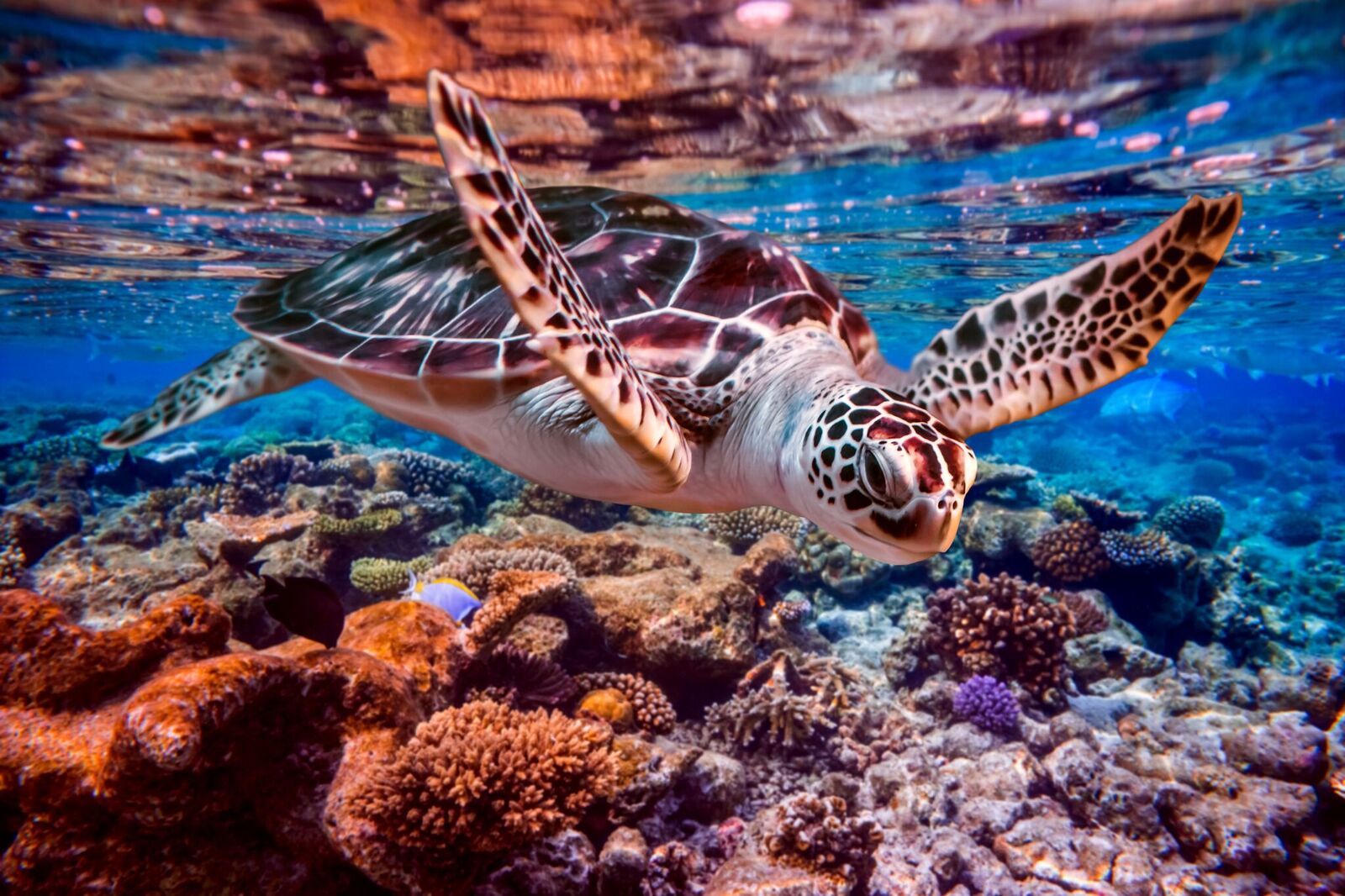 Creatures of The Sea

Diving or snorkeling in Belize reveals a dazzling array of underwater wildlife.

One short visit to our shores is enough to convince anyone that our complex reef ecosystem—the longest in the western hemisphere—is precious and must be preserved. Covering 370 square miles in area, a large portion of the reef falls under the UNESCO World Heritage Site designation, covering seven marine reserves, 450 cayes, and three atolls. It’s also home to numerous endangered species, and counts 70 hard coral species, 36 soft coral species, 500 species of fish, and hundreds of invertebrate species. Best of all, you can jump into these waters all along the coastline for a close-up look.

But with so much to see, where does one start? Here are some of my favorites.

Corals, which are actually tiny animals, make up one of the richest and most biologically diverse ecosystems and habitants in the world. Hard corals make up the base for the reef system, while soft corals add color. Sea fans, which are soft corals from the gorgonian family, come in brilliant colors—you can always count on these for a great photo pose. They’re found all along the barrier reef and atolls, and the cayes.  Sponges, while not members of the coral family, come in amazing shapes, sizes, and colors.

Sea turtle populations are under threat worldwide, but Belize is home to five species. You’ll most likely see the abundant hawksbill, green, and loggerhead turtles. Look for them at sea, rather than in turtle nesting areas—two great spots are Hol Chan Marine Reserve, off Ambergris Caye, and the Silk Cayes, off the coast of Placencia. Expect close encounters with large hawksbill and green turtles.

Whale sharks, the biggest fish in the ocean, visit Gladden Spit and the Silk Cayes Marine Reserve, near Placencia, around and after the full moon in March, April, May, and June. Gladden Spit is a spawning aggregation site for cubera, mutton, and dog snapper, which produce tons of spawn that whale sharks come to feed on. There are two methods to look for whale sharks: to look for the snapper, or to look for the birds. Use fish finders to find the snapper, as the whale sharks come to feed on the spawning aggregation. Divers go into the water above the snapper—with them, but well above—and try to remain in a tight group so that their bubbles are concentrated. The idea is for the whale shark to see the bubbles, think it’s the spawn, and come directly to the divers. Having a 35-feet long fish come right at you is a real rush. The other way to find the whale sharks is to watch for birds circling just as they flock over the sea when feeding on baitfish. Whale sharks also feed on baitfish, at the surface. When we see the birds, we head for that spot.

Manatees are another endangered species found along Belize’s coast. Gales Point, Placencia, and the Belize River are hotspots for manatee sightings. These gentle animals can eat 100 pounds of sea grass every day–that’s a lot of salad—and they surface every few minutes to breathe. An adult can weigh over 1500 pounds and can measure up to 12 feet in length.

The Caribbean Sea ecosystem is gigantic in terms of biodiversity. I’ve listed a few species that will take you to different areas of Belize, but you’ll encounter many more life forms that are beautiful, bizarre, and unexpected. All you need to do is look. Watch for eagle rays along the barrier reef near South Water Caye, conch squiggling along sand bottoms, snaggle toothed barracudas cruising next to you, Christmas tree worms blinking shut when you draw near, and search for a flamingo tongue snail. If you’re into fishing, try catching and releasing bonefish, permit, and tarpon in one day—a feat known as the Grand Slam.

In 1842, Charles Darwin described the Belize Barrier Reef as “the most remarkable reef in the West Indies.” It still is. Jump right in, and see it for yourself. 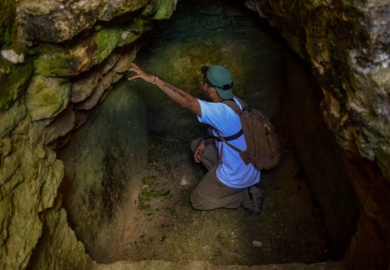