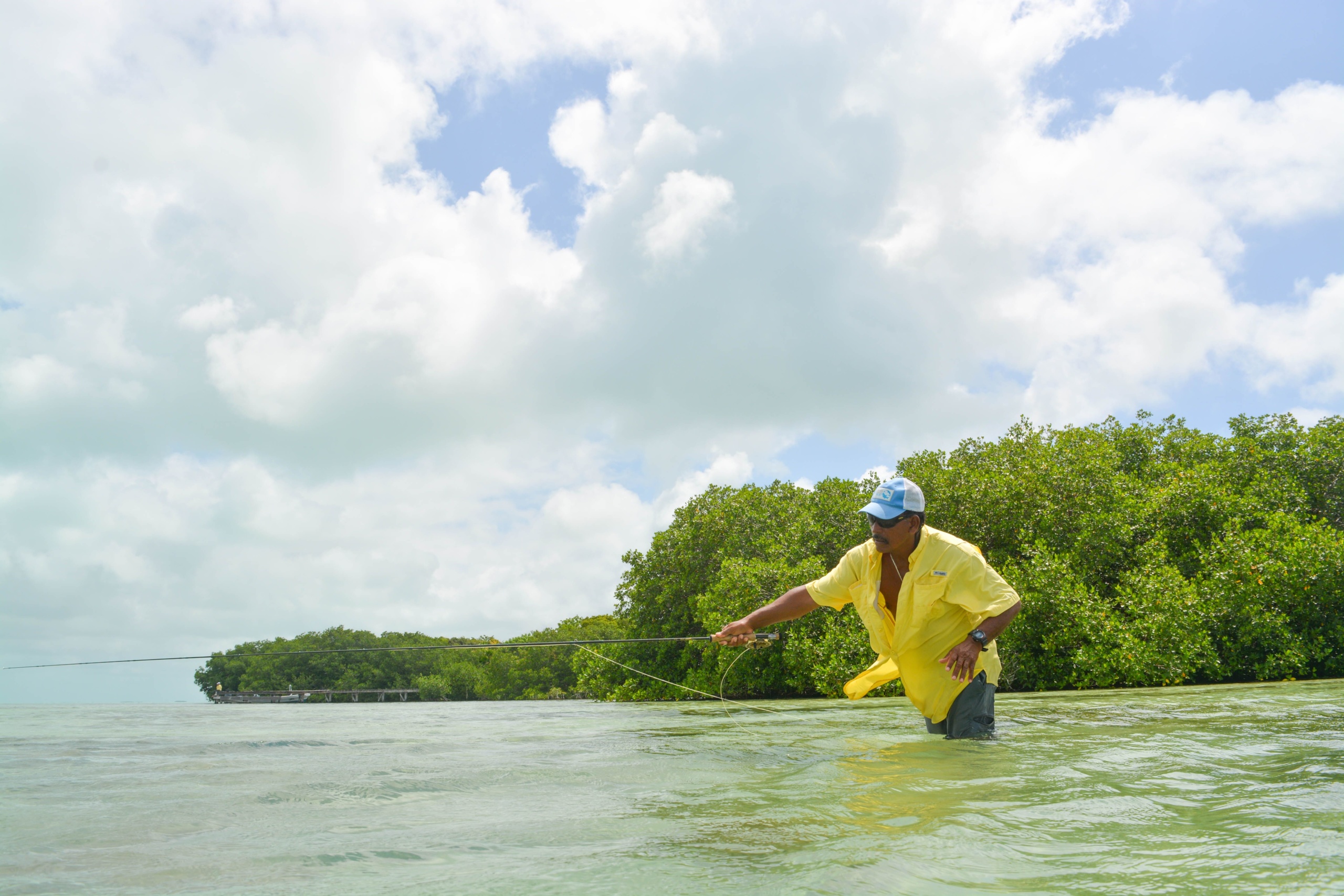 The Catch in Protected Status

By Justine Nicholas for Oceana

Belize has a solid reputation in the international fly fishing community. Aside from its high percentage of marine protected areas, tarpon, permit, and bonefish are protected species since 2008. This “catch and release” law safeguards a lucrative niche market in the country’s growing tourism industry. Every year, more anglers flock to Belize hoping to outsmart these fast, clever, and sometimes-acrobatic fish with the perfect fly. But the threats undermining Belize’s attempts at sustainable fisheries management and sustainable tourism growth are also growing.

The good news is that fishing guides, lodge owners, and commercial and sports fishermen are leading the charge in pursuing policies that will safeguard protected status for gamefish, their habitats, and the more than 2,000 Belizean sport fishing guides who depend on them directly.

Bounty, and the Beast

With its spectacular quilt of sand flats, seagrass meadows, mangroves, and rivers, Belize boasts some of the prettiest waters to stalk tarpon, permit, and bonefish. The high probability of earning bragging rights to a “grand slam” is what gets anglers out of bed before dawn. But what’s keeping them up at night is that Belize still allows the use of a particular fishing gear—the gillnet. Known as “walls of death,” just six percent of Belize’s licensed commercial fishers use gillnets. Each gillnet uses netting curtains that are suspended vertically in the water, with the help of floaters and weights attached to the bottom. Anything that swims into this curtain is entangled in the mesh.

Fishermen prefer monofilament netting because it’s near invisible to marine life. Given the nets’ indiscriminate nature, the combined impact of their legal and illegal use means that protected game fish are being captured, as well as other protected species such as endangered sea turtles and manatees. Nets are set overnight or for hours on end—it’s a death sentence for live fish caught in them, because by the time the fisher returns, everything has drowned. This disturbing result isn’t only happening at the surface. Key habitats like sand flats and sea grass beds are being dredged and used as landfill to expand cayes and coastal properties. The construction of over–the–water structures on flats, even within marine protected areas, is also preventing guides from relying on their traditional fishing grounds.

Twenty years of saying no

Since 1997, fishing communities and conservationists have advocated for decision makers to stop allowing the use of gillnets in Belize. Despite letters, petitions, and pictorial evidence showing gillnets negatively impacting manatees, sea turtles, endangered sharks, and sport-fishing species, their use remains legal. The Belize Coast Guard, a key voice advocating against nets, points out that if gillnets possession were illegal, it would be easier to enforce illegal fishing activity, especially in southern waters.

Of the 2,716 fishers licensed to commercially fish in Belizean waters, 169 fishers use gillnets as a seasonal gear. Proponents of a gear phase-out are convinced that these licensed fishers, who are Belizean breadwinners, can be supported as they transition to alternative gear and/or alternative income generation opportunities. What happens next will significantly depend on the members of a recently appointed, multi-sectoral Gillnet Task Force charged with determining the gillnet’s future. The option of a complete ban is on the table. The Belize Fisheries Department’s 2016 position paper, however, reveals that it is an advocate for keeping gillnets legal.

Putting the fishers in charge

Belizean fishers want to fish, and they recognize that if done sustainably, they can always depend on fishing as a viable livelihood. Case studies of thriving fisheries have revealed that if fishers oversee the sustainability of their livelihoods, the implemented policies are successful—not just because it’s the law, but because the fishers appreciate that changing the way they fish means they can continue to support their families with dignity. This approach will be critical moving forward, as scientists continue to predict that overarching threats like climate change will have significant negative effects on species populations, fisheries production, livelihoods, food safety, fisheries management and multi-lateral relations (if the fish move waters, so too will fishermen). This places a greater burden on stakeholders to act where they can now, to ensure the health of fish stocks and fishing-based livelihoods.

Belizean fishers continue to strengthen their voice through self-organizing efforts, and more promisingly, they’re using a unified voice to challenge official decisions as they relate to data used in fisheries management, destructive fishing practices, dredging, and over-the-water structures. This trend of calling for transparency and accountability in management decisions bodes well for the future of fishing in Belize.

If there’s any hope of preventing further losses of our marine diversity, while capitalizing on our proven game fishing potential, we must make informed decisions that support the long–term stability and sustainability of all Belizeans who benefit from fishing.