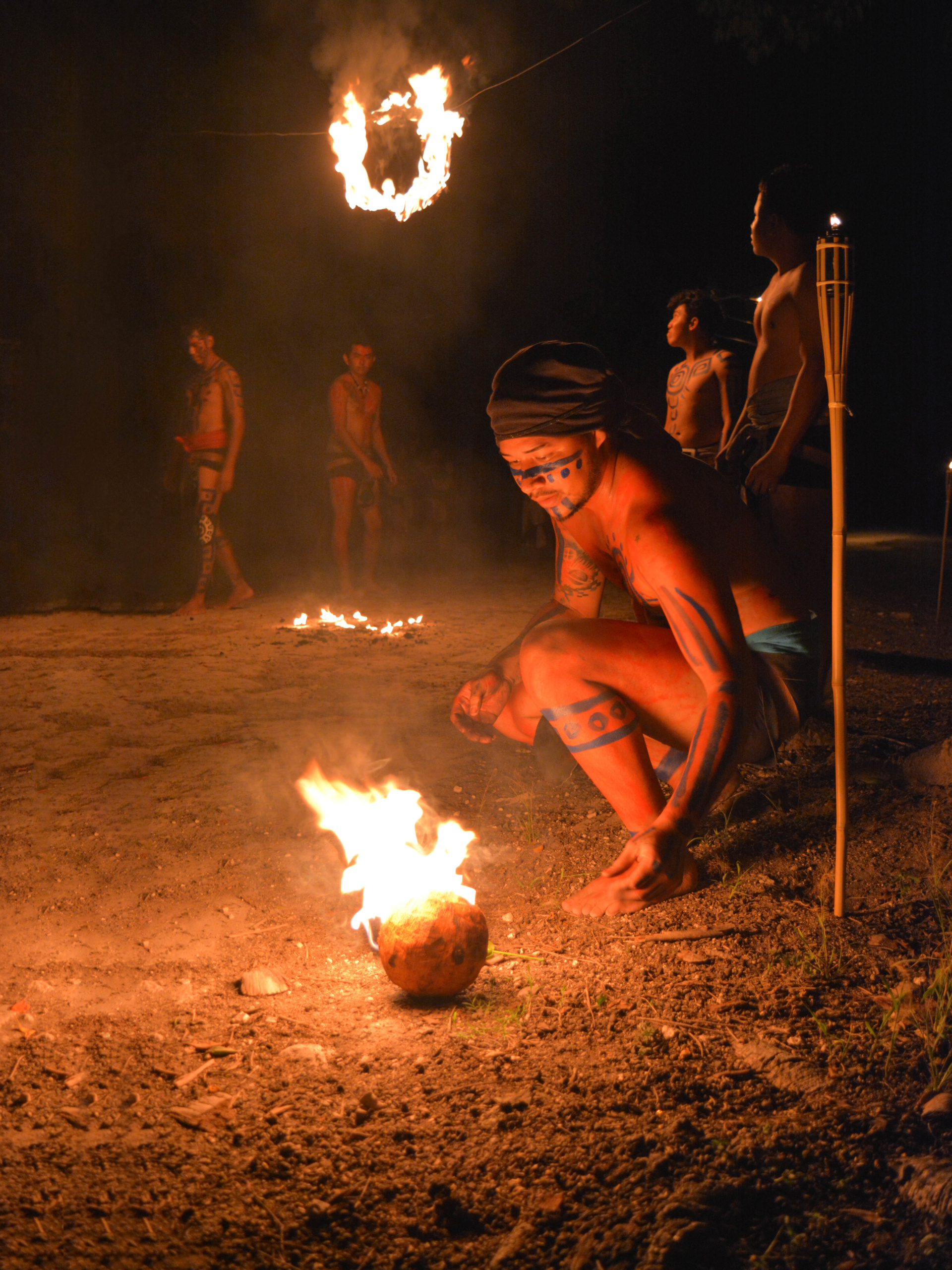 My quest to revive an ancient Maya ball game in Belize.

Fifteen years ago, I was at a linguistic conference in Bullet Tree Falls, in the Cayo District, with participants from Guatemala, Mexico, and Belize. In the midst of the event, I witnessed a Guatemalan group playing pok-ta-pok—an ancient Maya ball game and ritual played over 500 years ago. The players hit the ball from the hips, with no hands, feet, or head, and attempt to get it through a stone hoop attached high up on the walls at each end of the ball court. I’m a Yucatec Maya, and I used to read in the history books that this game existed in Belize over 500 years ago. When I saw this group from Guatemala playing it here in 2003, I knew this was the game of my dreams. I kept it as a vision for Belize.

Nine years later, my friend José Manrique Esquivel called from Merida. He’d brought back the game in his corner of the Yucatán, and he pledged to come to Yo Creek, my village in Orange Walk, to train Belizean players. We settled on a date. The problem was: where do I find these boys? I spoke to my family and they said, “Ma, tu estás loca! You think you’ll find young men wanting to dress up that way and play a ball game?” I said yes, I will find them.

I initially struggled to come up with a list of young men in my village, until I had an idea: I’d go to the local shop and ask the attendant for names of those who visited daily. From that list, I began making rounds to the youths’ homes and speaking to parents about reviving the ancient Maya ball game in Belize. At first, it seemed as if the kids wouldn’t be interested in pok-ta-pok; no one knew about this strange, ancient game.

Yet Belize’s archeological sites prove its presence and practice thousands of years ago: Xunantunich, Caracol, Lubantuun, and Lamanai, are just a few boasting traditional ball courts. The game held important ritual significance, and represented the battle between good and evil.

The youths flooded me with questions. Is it possible to play with an eight-pound solid, rubber ball? Can you play without touching the ball with your hands or feet, and only using your hips? I wondered too, if they’d be willing to wear the traditional pok-ta-pok attire: bare-chested, and from the waist down, a piece of cloth that barely covers their front and back sides. But with my passion for my culture, I was able to convince them all. A first pok-ta-pok team was formed in Yo Creek, Orange Walk.

Among the members of this first team—named Ek’ Balam or the Black Jaguars—were Eric Cal, Hipolito Suchite, José Pol, Didier Novelo, Franz Novelo, Nelson Blanco, Leander Campo, and Gabriel Campos. I recruited Menalio Novelo Sr. as coach because I felt it was a man’s game. My friend José from Merida came for a weekend to teach us the rules of the game, and he returned a month later to see how we were doing. We were doing good. After two months of practice, we participated in the first-ever Mundo Maya Pok-ta-Pok Tournament held at Chichen Itza in 2015, and came in third place. We beat two teams from Guatemala. That was the beginning of pok-ta-pok in Belize.

At the second Mundo Maya Tournament in 2017, Ek’ Balam won first place and came home champions. It opened the path to my vision of having this game in all of Belize. The news spread, and youths from Corozal became interested. They invited the team and I to come and train a team called Xaibe. In time, a second team was formed in Yo Creek, from the original group, called Sak Xikin.

Pok-ta-pok is now in style in Belize, and the teams are constantly invited to perform at different events all over the country. We’ve been invited to Cayo, Caye Caulker, and to Punta Gorda to train other teams. And we’re willing to  do that, but the problem is that it’s an expensive game; a single ball costs over $1,500 Belize Dollars. If we go to train them and leave, they won’t be able to play because they don’t have a ball. But as soon as they get it, we can train.

I hope that one day, pok-ta-pok will be a major game across Belize. What’s certain is that the Maya ancestors are proud of the youths of Yo Creek village and I for replanting the seed of pok-ta-pok in Belize, and reestablishing an important Maya ritual for generations to come.