The story of Chaa Creek began in 1977 when two young travelers stumbled upon what would later become their adopted home.  In those days most business was conducted around bar room tables in Belize City and it was there that Mick and Lucy Fleming ran into the owner of an overgrown 140 acre farm on the Macal River in the Cayo District.

They soon moved out to the jungle property and within a short while the land was producing home grown vegetables.  In those days the farm had no road access so the Flemings transported their produce by dugout canoe to the ready markets of San Ignacio Town, much as the Maya had done 1,000 years before.

The little farm was soon producing milk, yoghurt, cheese and eggs; as well as two baby Flemings. When other travelers heard about the farm they would often trek out to visit, sometimes staying to lend a hand. As more visitors came, the Fleming’s one room farmhouse became smaller and smaller and the idea was launched to build a guest cottage from materials found on the land.

Chaa Creek Cottages, the first jungle lodge in Belize, opened its doors in 1981 and over the next few decades growth has kept pace with the ever increasing number of visitors.

The Chaa Creek road was built by the British Army Corps of Engineers in 1983 and was accompanied by the addition of a dining room to cater to the six existing cottage rooms.  Two years later indoor plumbing was installed and a further six cottage rooms, a 6,000 gallon water tower, staff quarters and a gift shop were built.

The year 1987  brought electrification to Chaa Creek which meant that washing machines replaced scrub boards, a deep freezer saw the end of salted blocks of ice and a submersible water pump retired the gasoline engine relay pumping system.  A batch of new canoes took guests on excursions down the Macal River.

The luxury of a hot water shower was introduced in 1988 while an ice machine helped make the perfect margarita for guests who relaxed on the deck of the bar.  The cottage rooms had grown by four to a total of 16.  To round off the year an office was built and outdoor lighting was installed in the gardens.

All of the cottages were upgraded in 1990 and a new business office was established in nearby San Ignacio Town. In order to accommodate horseback riding and hiking, nature trails were cut through the forested property which had by now expanded to 330 acres. The property was officially designated a private nature reserve.

By 1992 there were 26 members of staff in residence at Chaa Creek. Infrastructure was upgraded and a new horse corral was built for the increasing number of horses. Chaa Creek also played host to a team of archaeologists who were invited to investigate the ancient Maya sites that dotted the property. Their reconnaissance mapped out over 70 ancient sites.

The Chaa Creek Natural History Centre was established in 1995 to become the first one of its kind in Belize. The Centre houses interpretive displays of the local flora, fauna, ecosystems and geology of Belize. Maya archaeology exhibits display  ancient artifacts recovered from within the reserve and offer interpretive views of the life and culture of this early civilization. There are also anthropology exhibits depicting the life and culture of the modern Maya. Natural resource conservation and ecology exhibits offer educational information to the hundreds of local and international students that visit the facility.

In 1997 the Macal River Camp was constructed along the banks of the Macal River just downstream from the Lodge.  This facility is totally solar powered and consists of ten raised platform screened cabins with its own kitchen and dining area.  The camp was built to accommodate student groups and provide an option for the more budget conscious traveler.

Further building and renovations in 1997 resulted in a total of 21 cottages at Chaa Creek including a Luxury Suite and a Jacuzzi Suite. 1998 saw the addition of electric lighting to replace kerosene lamps and fans for added guest comfort.

The Spa at Chaa Creek was constructed in 1999 and offers our guests a complete line of professional and refreshing spa services while enjoying a panoramic view of the majestic Macal River valley and the Maya Mountains beyond. Next in 2000 came the opening of The Conference Centre at Chaa Creek.  This beautifully designed structure was put in place to provide a facility for both local and international conferences, meetings and social functions.

Two spectacular Tree Top Jacuzzi Suites overlooking the Macal River were constructed in 2002 to replace two of the older cottages which were taken out of service. 2003 saw the addition of the expansive Orchard Villa and the Sky Room with its enchanting view of the river valley. This expanded the accommodations inventory at Chaa Creek to a total of 23 outstanding cottages, suites and villas.

The construction of a fully equipped carpentry shop was completed in 2003.  This provided Chaa Creek with the ability to design and manufacture our own furniture and other items of wood construction that are found throughout the property.  Expansion and improvement of the trail system within the now 400-acre Chaa Creek Nature Reserve was completed in 2004. With over 10 miles of well-maintained trails, the Nature Reserve offers our guests exceptional opportunities for naturalist hiking and birding as well as horseback riding.

Next to come was the Chaa Creek Stables which opened in 2005. This functionally designed structure houses our equestrian centre and provides our guests with an enhanced and professional riding experience.

Our cottage accommodations have also benefited from annual renovations, and during 2005 and 2006 a complete remodel took place. All rooms and suites now have large new bathrooms, many with outdoor walled showers, al fresco Jacuzzis, and spacious private sun decks for wildlife viewing.

In January 2009, the guests of Chaa Creek were treated to the cooling luxury of a 56,000 gallon swimming pool. This eco-friendly infinity pool was built with both adults and children in mind. Its bi-level configuration allows for swimming and paddling pools, as well as generous lounging space for dining, sun bathing and relaxation.

2010 added more infrastructural advancements by securing direct electrical lines from the national provider, BEL, as well as upgrading telecommunications internet symmetry with Belize Telecommunications Ltd. The following years continued the evolution with the renovations of several rooms and by adding the purchase and renovation of a San Ignacio townhouse to host the iconic Guava Limb Restaurant & Cafe in 2012. The award-winning café, along with a new bakery facility at Chaa Creek, has produced mouth-watering delicacies for the most discerning of tastes for Belizeans and visitors alike.

The most exciting new entries onto the Chaa Creek landscape are the strikingly beautiful Ix Chel Villas set within their own secluded private gardens with private plunge pools and jacuzzies. The two state-of-the-art Villas are comprised of two suites each that can be booked together for family travellers or independently for honeymooners. A private butler attends to the villa guests activities requests, needs and desires. 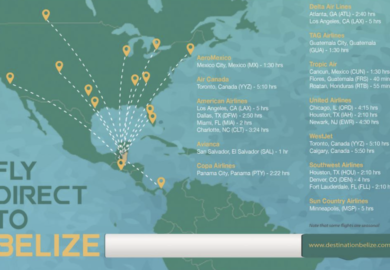 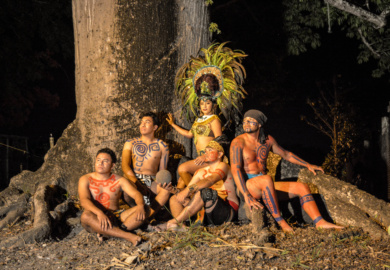